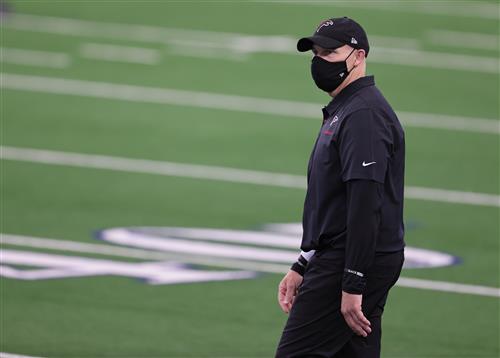 The Atlanta Falcons have become infamous for blowing huge leads and disappointing under head coach Dan Quinn. Coming off another humiliating loss, with an 0-3 record, could Quinn’s coaching tenure in Atlanta finally be coming to a close?

After witnessing the Falcons blow a 15-point lead in the fourth quarter for the second consecutive week, many fans called for Quinn to be fired. Heading into a Monday Night Football clash against the Green Bay Packers, while facing a potential 0-4 start, Quinn’s days with the Falcons would seemingly be numbered.

According to Pro Football Network’s Benjamin Allbright, Quinn is unlikely to be fired anytime soon. Team owner Arthur Blank reportedly set a mandate for Quinn to retain his job, the Falcons need to make the playoffs this season. So, until Atlanta is the playoff picture is figured out, Blank will likely stick by his coach.