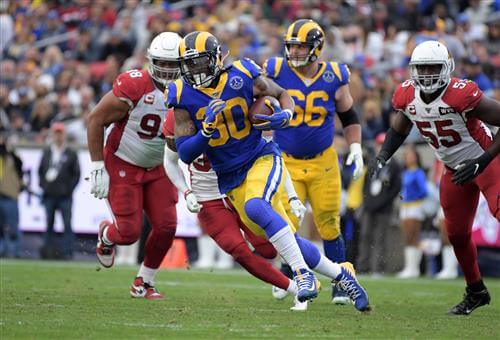 Before the Los Angeles Rams released Todd Gurley on Thursday afternoon, they shopped him across the NFL. The Miami Dolphins and Atlanta Falcons showed the most interest in Gurley during trade discussions, per ESPN’s Adam Schefter, and could be teams to watch in free agency.

The Falcons moved on from their own Pro Bowl running back this offseason. Atlanta released Devonta Freeman this week and will be in the market for a starting running back for the 2020 season.