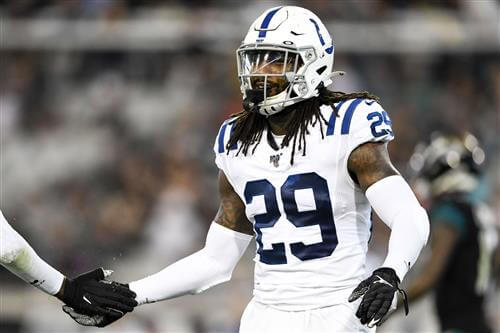 The salary cap remains unknown. The business of football continues to be conducted in unusual ways as this country enters its second year of navigating a pandemic. And in roughly two weeks, the 2021 NFL league year will begin.

It won't quite be business as usual, but after the coronavirus struck at this time last year, the league is certainly more accustomed to some of the health and safety protocols that will remain in place to start this offseason. And, having been able to complete a full 2020 season in remarkable fashion, the scouting and evaluations for this upcoming free-agent class were essentially the same as they ever were, while there are obvious differences in the access to draft-eligible players this spring unlike any before.

Will those market inefficiencies -- the inability to spend time with draft prospects, get them in your buildings and work them out on campus as in a normal year -- lead some teams to lean a bit more into veteran free agency to fill voids? Might they prefer the more known quantity and do more volume in free agency, especially with prices in some position groups likely to be stagnant given a lower cap and what could be stark imbalances between supply and demand that could favor the most patient teams?

Things may in fact play out that way. We will find out soon enough.

Regardless, this will be a fascinating transaction period, with the franchise tag expected to be used liberally and, in particular, with the potential for a record number of players to receive the tag for the second straight year, a phenomenon we have been monitoring here for weeks. The market will undoubtedly expand in the coming weeks as more cap casualties are let go by their teams in order to get under the restricted salary cap. Already, there are a group of players that intrigue me for various reasons; players you won't find among most lists of the top 50, or in some cases top 100, available free agents, but whom I believe could end up either providing real value on a short-term deal, or perhaps doing far better on the open market than some might anticipate.

In many of the cases the player carries some injury risk and has not been as available as one would like in recent years, but that is the nature of this demanding game. Some will stay hurt due to a systematic erosion of their body and skills, and others will bounce back, with their injuries proving to be more of an anomaly. It's an inexact science to say the least.

With that in mind, here are some of the names I will be watching closely in 2021:

It wasn't that long ago when Melvin Ingram was the most feared pass-rusher on the Chargers and one of the elite edge performers in the NFL. But Joey Bosa was drafted -- and then subsequently paid big -- and Ingram has had difficulty staying healthy in recent years. But there is still skill to be culled, and in a situation where his reps could be limited, on a short-term deal, someone might hit an absolute home run.

Tyus Bowser has the frame, length, reach and athleticism teams covet and showed an ability to excel in various ways with the Ravens in the hybrid scheme of Wink Martindale. One of the better coverage linebackers around, and just age 25 with ample of room for growth and development. Great eye-hand coordination who can generate pass rush and set the edge when not dropping back in coverage. Have heard evaluators peg him in a wide range -- between $8 million to $12 million a year depending on the market -- but with execs and coaches who know him well spread across numerous heavy spending teams (Jets, Jags, Texans) with acute need on the edge, this could get very interesting.