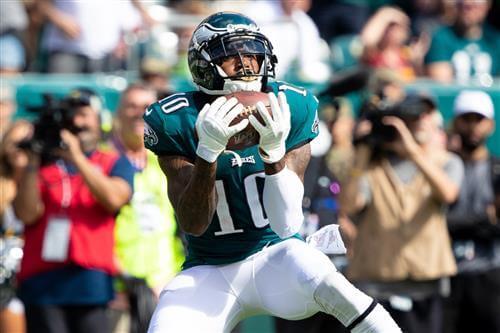 DeSean Jackson will remain an Eagle. With one big stipulation.

The Eagles announced Friday evening that they've fined Jackson an undisclosed amount for what they called “conduct detrimental to the team” and while acknowledging his apology, warned Jackson that he will be released if he doesn’t "support his words with actions" following offensive social media posts earlier this week.

The team's statement read in part, “He understands that in order to remain on the team, he must also commit to supporting his words with actions.”