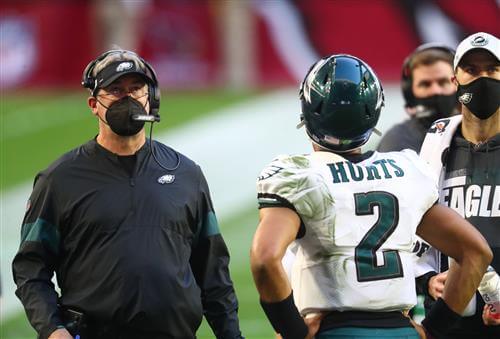 Eagles coach Doug Pederson waited too long this season to bench quarterback Carson Wentz for rookie Jalen Hurts, likely costing his team the NFC East title in the process. And he also waited a curiously long time to announce today that Hurts will remain the Eagles’ starter.

Pederson said after yesterday’s game that he would make his decision today, and now he’s made it: Hurts is the starter for the Eagles’ Sunday game against the Cowboys.