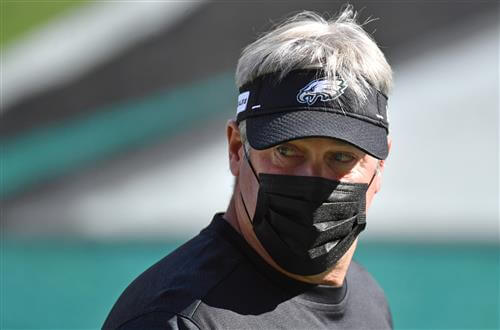 Doug Pederson said Tuesday giving up play calling is “on the table.”

But Jeff McLane of the Philadelphia Inquirer reports that has already happened.

Passing game coordinator Press Taylor has taken over play calling several times in recent games, according to McLane, and Pederson could give Taylor even more responsibility in Sunday’s game against the Packers.

Senior offensive assistant Rich Scangarello also has called plays this season. Scangarello has held the reins in two-minute situations all season, per McLane.