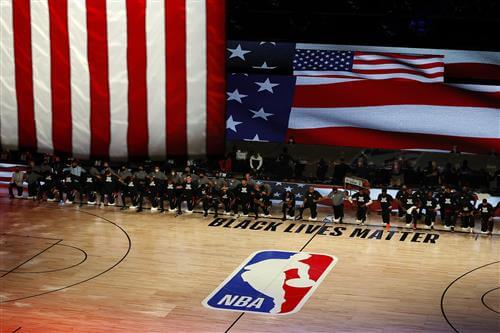 President Donald Trump took aim at NBA players who have regularly been kneeling during the national anthem.