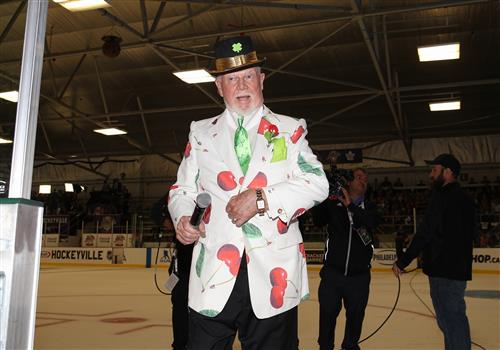 “Following further discussions with Don Cherry after Saturday Night’s broadcast, it has been decided it is the right time for him to immediately step down,” Sportsnet president Bart Yabsley said in a statement. “During the broadcast, he made divisive remarks that do not represent our values or what we stand for.”

Cherry, 85, made the comments during his weekly “Coach’s Corner” segment on “Hockey Night in Canada” that sparked fierce condemnation from the public, politicians and the National Hockey League.

Cherry has not responded publicly since the comments were made.

He addressed his outing as the host of Coach’s Corner in an interview with the Toronto Sun on Monday.

“I have just learned I’ve been fired by Sportsnet for comments made on Coach’s Corner Nov. 9,” said Cherry. “No problem.”

The Sun went on to report that Cherry felt hurt after being fired on Remembrance Day, “because I would have liked to continue doing Coach’s Corner.”