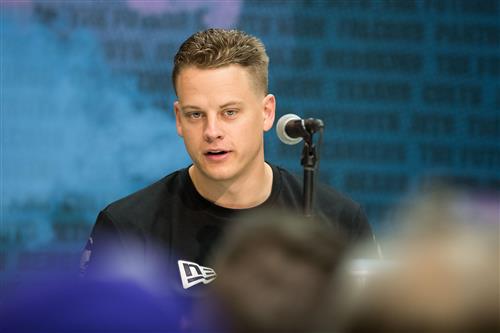 No team has been busier this offseason than the Miami Dolphins. The front office has spent a ton of money in free agency, signing Byron Jones, Emmanuel Ogbah, Ereck Flowers, Jordan Howard, Kyle Van Noy and Shaq Lawson.

Miami also has plenty of ammunition to make a major move in the upcoming NFL Draft. With a trio of first-round picks at their disposal, the Dolphins appear to be targeting on of the top quarterback prospects.

According to Armando Salguero of the Miami Herald, the Dolphins are interested in trading up for LSU quarterback Joe Burrow. He’s projected to be taken with the first pick in the draft, which is currently owned by the Cincinnati Bengals.

It’s unknown at this time if Cincinnati would consider moving out of the top spot on the board. However, it appears that Miami isn’t discouraged and will make an attempt to trade for Burrow.