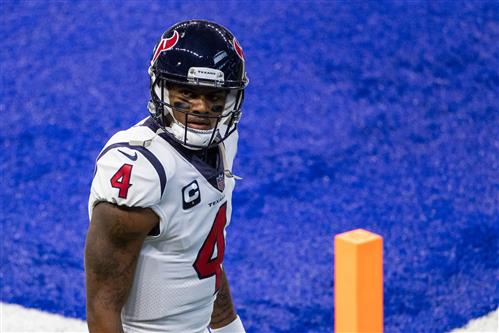 The Texans have kept Deshaun Watson on their roster all season, but they have made him inactive for every game. Watson soon may have a new home and a chance to revive his career.

The Texans could have a deal with the Dolphins completed this week, John McClain of the Houston Chronicle reports. The trade deadline is Nov. 2, and the Dolphins play the Texans on Dec. 7.

NFL
5 QB's the Browns should sign or trade for

Miami long has been linked with Watson, whom Dolphins owner Stephen Ross reportedly has coveted since the quarterback requested a trade from Houston in the offseason.