Does Kevin Love Wish He Got Traded To Blazers Instead Of Larry Nance?
Fadeaway World | Aug 30 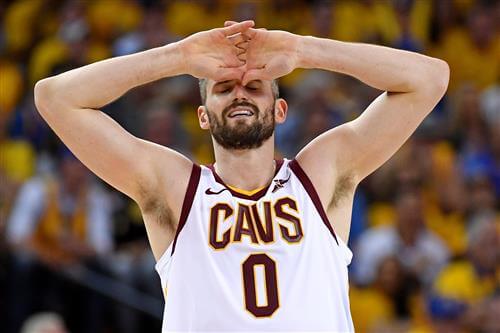 Larry Nance Jr. has recently become a member of the Portland Trail Blazers, with a three-team trade that sent forward Lauri Markkanen to the Cleveland Cavaliers and Derrick Jones Jr. to the Chicago Bulls. Nance will provide a great defensive presence to the Portland Trail Blazers and will get the opportunity to play with Damian Lillard and CJ McCollum. That will be a great chance for him to play on a contending team.

Getting traded to the Portland Trail Blazers is certainly a good thing for Nance, and it seems as though Kevin Love wishes it was him in the trade, going to a contending team. NBA insider Sam Amico revealed that was Kevin Love's desire, and also stated that the Cavaliers are "in a no-win situation" regarding the veteran forward.