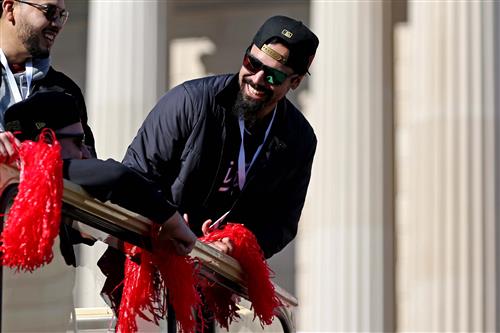 Although the Los Angeles Dodgers fell well short of their goal by being eliminated in the National League Division Series, president of baseball operations Andrew Friedman pushed back on the idea of wholesale changes being necessary.

For one, Friedman said he anticipated signing a new contract to remain in his role with the Dodgers. He also dismissed the notion of a possible change at manager by publicly voicing support for Dave Roberts.

In terms of the roster, Friedman explained the Dodgers are well positioned to complete trades or be active in free agency. Thus far L.A. has been linked to the likes of Gerrit Cole, Josh Donaldson and Anthony Rendon, and are also said to have interest in re-signing Hyun-Jin Ryu.