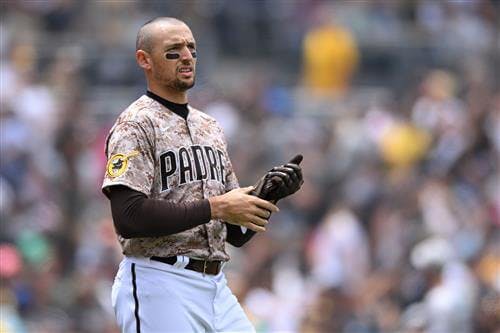 The Los Angeles Dodgers are reportedly on the verge of acquiring outfield help with star Mookie Betts on the injured list because of a cracked rib.

According to Juan Toribio of MLB.com, the Dodgers "are close" to landing Trayce Thompson in a deal with the Detroit Tigers.

Ken Rosenthal of The Athletic previously reported the National League West team is interested in a right-handed-hitting outfielder who would come at "minimal prospect cost."

Rosenthal noted any newly acquired player could platoon with Eddy Alvarez in right field, although another option was to promote the highly regarded Miguel Vargas to provide more pop to the lineup.