Did Damian Lillard just hint at wanting a trade to the Lakers?
Clutch Points | Jul 6 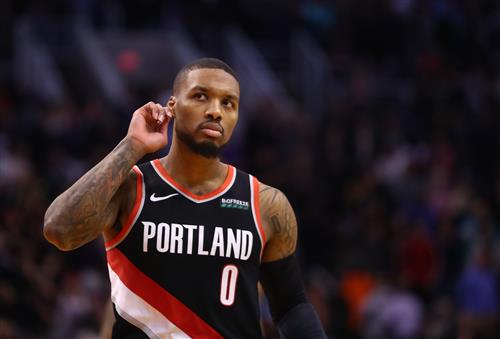 Portland Trail Blazers star Damian Lillard sparked trade rumors once again with his Instagram activity. This time, however, he appeared to be hinting his preferred destination: the Los Angeles Lakers.

On IG, Lillard posted a photo of him when he watched the Las Vegas Aces-Los Angeles Sparks game in the Los Angeles Convention Center last Wednesday. He captioned the post with: “Who should I love? And how often?”…Everybody Always.

NBA
Rumors Of Bam Adebayo Joining The Celtics Are Swirling

Sure enough, given the Purple and Gold backdrop and his caption that seemingly hints he is having doubts about his future in Portland, some LA fans were quick to assume he is looking to be traded to the Lakers.