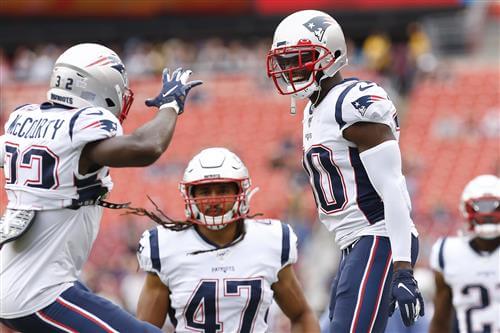 Patriots cornerbacks Devin and Jason McCourty say they hold “no animosity or hostility” toward New Orleans Saints quarterback Drew Brees, who received considerable backlash for his comments regarding players kneeling during the national anthem.

The McCourtys, who were among several athletes to criticize Brees for misrepresenting the reason players have taken a knee during the anthem, argue that the train of thought — not the individual person — is the issue at hand.

“It’s not about Drew Brees,” Jason said Thursday on an episode of their podcast “Double Coverage.” “It’s not about Jason or Devin McCourty. It’s about realizing, ‘Alright, here’s an issue and we need to find a solution for that issue.’ You don’t have an issue with Drew Brees when he makes those statements. You have an issue with that train of thought, and that thought is what we’re trying to move away from.”