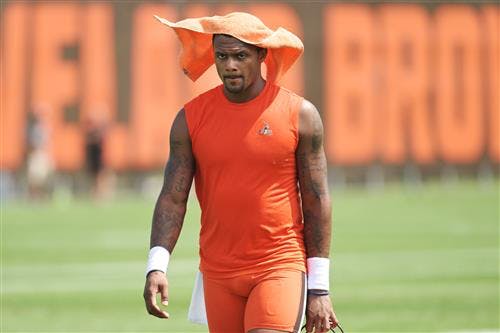 As the NFL prepares to impose an unprecedented punishment on Browns quarterback Deshaun Watson for four instances of non-violent sexual assault, Watson has made a last-ditch effort to resolve the situation.

According to Rob Maaddi of the Associated Press, Watson “would accept” an eight-game suspension and pay a $5 million fine to resolve the situation.