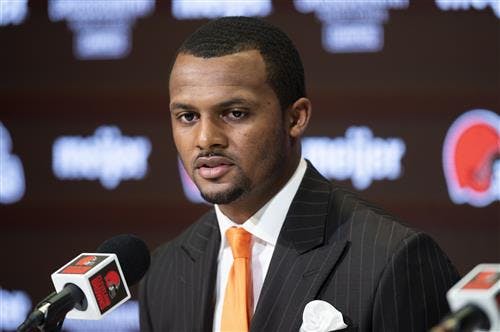 PFT has confirmed that Judge Sue L. Robinson has ruled that Watson be suspended six games for violating the NFL’s Personal Conduct Policy. Watson was accused of sexual misconduct and sued in civil court by more than 20 women who were hired to massage him while he was a member of the Texans ahead of this year’s trade to Cleveland.