Deshaun Watson expected to report for camp, still wants to be traded
The Score | Jul 25 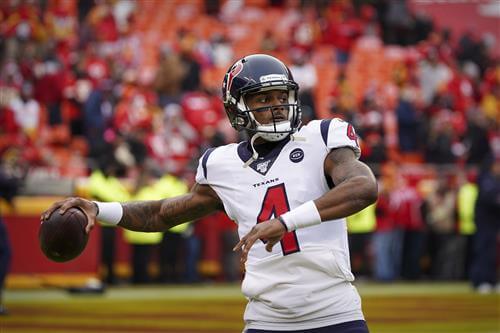 Watson, who didn't attend organized team activities in May, still wants to be moved after requesting a trade from the Texans earlier this offseason, Rapoport adds.

By reporting to camp, Watson will avoid a $50,000 fine for each day missed at practice, notes Tom Pelissero of NFL Network.

Watson initially requested a trade after the Texans hired Nick Caserio as their general manager in January.