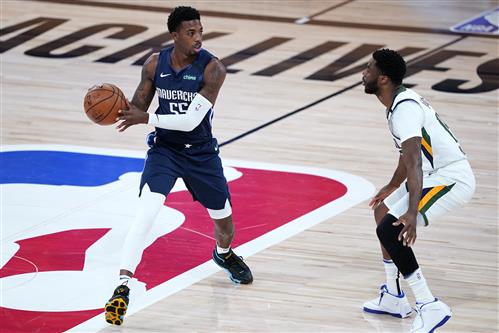 The Thunder, Mavericks, and Pistons have agreed to a three-team trade, according to reports from ESPN’s Adrian Wojnarowski (Twitter links) and Marc Stein of The New York Times.

The move will send James Johnson from Oklahoma City to Dallas and Delon Wright from Dallas to Detroit. The Thunder will receive Trevor Ariza (from the Pistons), Justin Jackson (from the Mavericks), and – unsurprisingly – some form of draft compensation.

From the Mavericks’ perspective, the deal will allow them to open up a roster spot and add some veteran toughness, according to Tim MacMahon of ESPN, who tweets that Dallas intends to keep Johnson on its roster. Moving Wright, who had two years left on his contract, and taking back Johnson’s expiring $16MM deal also allows the Mavs to create some added cap flexibility for the summer of 2021.