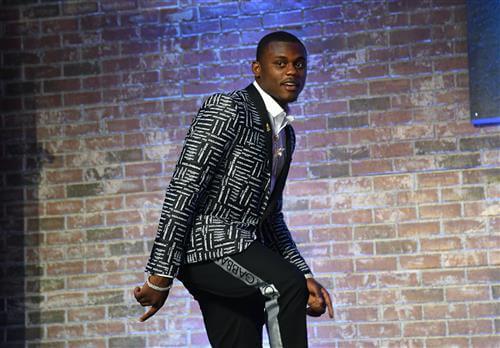 The New York Daily News is reporting that Giants cornerback DeAndre Baker, who was arrested and charged with four counts of aggravated assault and armed robbery stemming from a May 13 incident in Miramar, Florida, was allegedly involved in a coverup.

The report cites a warrant obtained from the Broward County (Fla.) Clerk of Courts that alleges Baker, who was also arrested with Seattle cornerback Quinton Dunbar, tried to pay the alleged victims between $5,000 and $30,000 to get them to change their statements.