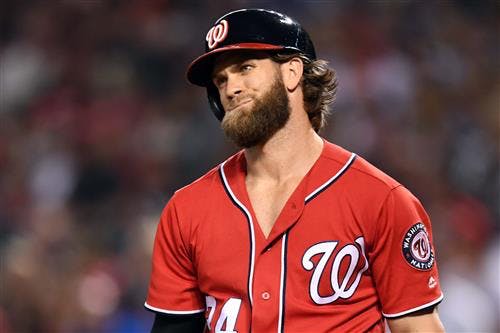 Bryce Harper free agency negotiations are underway according to a report, and the Chicago Cubs are among the teams involved.

Dan Bernstein, a host on The Score in Chicago, said on his show Friday that Harper negotiations are picking up steam and the Cubs are in.

.@dan_bernstein reporting that the Bryce Harper negotiations are picking up steam and that the Cubs are among the teams "in" on the free agent right fielder. https://t.co/tJn6KQF40G pic.twitter.com/8UfoUewbBg

This is somewhat surprising on a few fronts. First off, there hasn’t been much reporting about his sweepstakes already beginning. Secondly, there were indications earlier this offseason that the Cubs would not be big spenders this winter, so it’s surprising to hear that they would be contending for Harper.