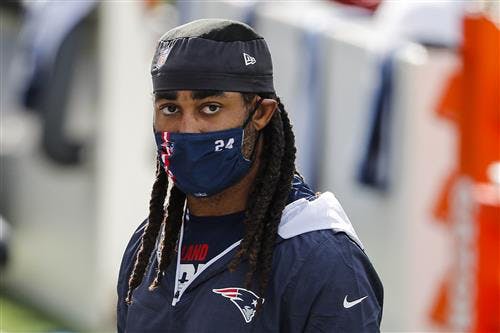 There’s hope yet for Stephon Gilmore — and potentially the Dallas Cowboys.

Despite landing on the Physically Unable to Perform list, costing him the first six regular-season games, the Pro Bowl cornerback still may force a trade from the New England Patriots, whose unwillingness to extend Gilmore’s expiring contract led to an offseason holdout. Which might have irreparably damaged their relationship.

ESPN NFL insider Dan Graziano checked into the situation, cautioning not to be surprised if Gilmore is playing elsewhere this season, with the New Orleans Saints standing out among his likely suitors.

“As of this past week, the Patriots were still open to the idea of trading Gilmore, who now has to miss the first six weeks on the physically unable to perform list,” Graziano wrote Wednesday. “Gilmore is known to be unhappy with his contract, which is up after the season. While there was optimism a month or so ago that he and the Patriots would get something worked out, they still have not.

“The Saints have a need at the position and high enough hopes for this year that you can’t rule out them making the move for the missing piece if they still have a need as we get closer to the trade deadline. These teams have done high-profile deals before.”