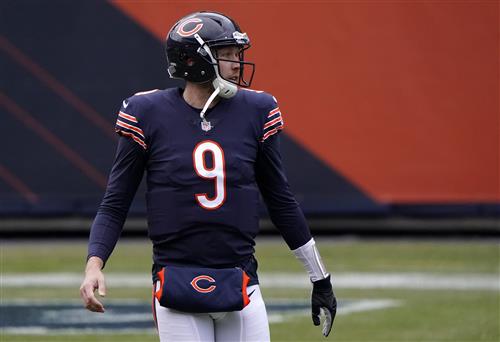 The Dallas Cowboys again have been connected to a potential trade for Chicago Bears quarterback Nick Foles.

With franchise QB Dak Prescott (shoulder) ailing and his backups (Garrett Gilbert, Ben DiNucci, Cooper Rush) less than spectacular, Tim Kelly of 105.3 The Fan suggested the Cowboys acquire Foles from Chicago ahead of the 2021 regular season.

“Even if Prescott is good to go for Week 1, the possibility exists that in the league’s new 17-game schedule, he’ll miss a game or two,” Kelly wrote Thursday. “It’s true that if Prescott misses an extended period of time, the Cowboys are probably in trouble regardless of who their backup is. We saw that last year when Andy Dalton, seemingly one of the best backups in the NFL, went 4-5 in nine starts after Prescott suffered a season-ending compound fracture and dislocation of his right ankle. But could having a good backup — one that maybe has to see extensive action in one or two games — be the difference in making or missing the playoffs? Sure.”

In June, John Owning of the Dallas Morning News floated a hypothetical swap in which the Cowboys surrender a late-round draft pick in exchange for Foles, who’s under contract through 2022, his age-33 campaign. The ex-Eagles QB — MVP of Super Bowl 52 — agreed to a restructured three-year deal upon arriving via trade from Jacksonville in 2020. He’s currently third on the Bears’ depth chart, behind Andy Dalton and Justin Fields.

As of this writing, Dallas does not possess the salary-cap capability to absorb Foles’ pact. But, Kelly notes, there are ways that owner/general manager Jerry Jones can finesse his purse strings to make it happen, if he so chooses.