Could We See A Deshaun Watson, Jalen Hurts Blockbuster Trade In The Future?
Total Pro Sports | May 21 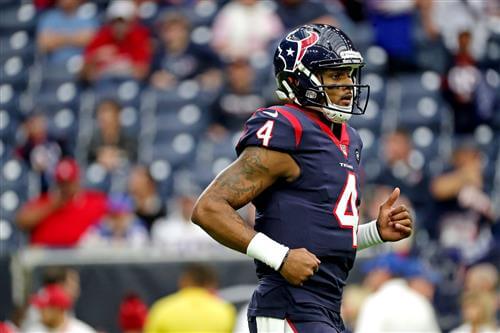 The Deshaun Watson trade news may have died down considerably, but one team continues to be mentioned the most talked about potential trade partner for the Houston Texans QB.

However, one Houston Texans insider says the franchise still hasn’t spoken with any team about dealing their quarterback. Houston Chronicle columnist John McClain said this week Watson’s current sexual assault lawsuits have resulted in Houston’s expected return on a trade to be considerably smaller than the reported three first-rounder and two second-round draft selections.

“They have not had conversations with anybody,” McClain said this week on 94WIP’s Afternoon Show with Jon Marks and Ike Reese. “At least eight or nine teams that said they were interested, and they told them they would get back to them after free agency. The plan was to start the negotiations around April 1 and see who was serious. There were going to be a lot of teams who would be serious. Then, they would make the best possible deal before the draft.”