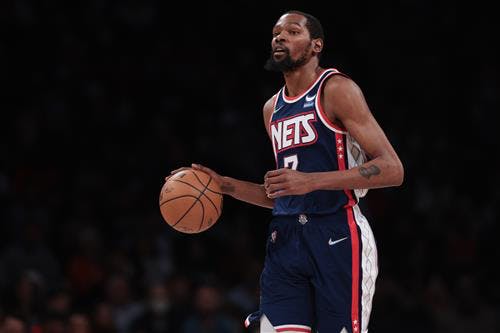 The Golden State Warriors, who won the 2022 NBA Finals, entered this offseason knowing the pieces they fill are ones that are going to solidify the roster with Gary Payton II signing with Portland, Juan Toscano-Anderson signing with the Los Angeles Lakers, and Nemanja Bjelica returning to his home country of Serbia to play.

However, not only are they looking to add to the roster behind Klay Thompson, Draymond Green and Finals MVP Stephen Curry, they are open to seeing anything that might be available to possibly win their fifth Larry O’Brien Trophy in nine years next season.

One player that could be available is Brooklyn Nets forward Kevin Durant, who won two championships and two Finals MVP awards with Golden State in 2017 and 2018. Durant was also part of the Warriors team that made the NBA Finals in 2019.

During his three seasons in the Bay Area, Durant averaged 25.8 points, 7.1 rebounds and 5.4 assists in 34 minutes per game.