Could The Clippers Make A Move For Kyrie Irving?
NBA Analysis | Oct 27 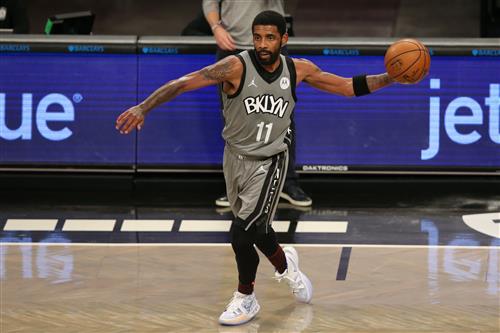 Entering the 2021-22 NBA season as heavy favorites to win the NBA Finals, the Brooklyn Nets have started the year 2-2 and have not looked like the dominant team everyone anticipated them being. Kevin Durant has looked like the MVP-caliber player he is, but James Harden has struggled and not having Kyrie Irving has left this team with a hole to fill.

Through four games early on in the season, the Nets rank 23rd in the league in scoring and have not been much better in terms of field goal percentage, as they rank 20th in the league in that category. Between being an average defensive team to begin with and now having to figure out their rotations offensively, the Nets could absolutely use Kyrie Irving right about now, but his status for the season seems to be in major doubt.

Per New York City guidelines, all players on the Knicks and Nets must be vaccinated in order to play games in Barclays Center and Madison Square Garden, but Kyrie Irving is currently unvaccinated.

The Nets could utilize him as a practice player and have him play in away games only, but the team has already come out and publicly addressed this matter, stating that Irving will not be a participant unless he follows proper protocols.

Brooklyn wants Kyrie available for all of their games, not just away games, which is why he is currently out. With Irving not getting the vaccine anytime soon and New York’s guidelines not changing, the Nets are kind of stuck in an awkward situation with Irving right now.

Teams have inquired about the All-Star guard’s trade availability and the Nets have listened to said offers, but will they really look to trade him?

Their “Big 3” of Durant, Harden, and Irving is the best trio in the league, when healthy, but with Irving out, the Nets have really struggled to find their identity early on in the season. With all of the talent they have on their roster, Brooklyn will figure things out soon enough, but they could ultimately decide to just trade Kyrie Irving to get away from all the negative attention.

Let’s take a look at a trade scenario put together by Bleacher Report’s Greg Swartz that would result in the Brooklyn Nets trading Kyrie Irving to the Los Angeles Clippers.