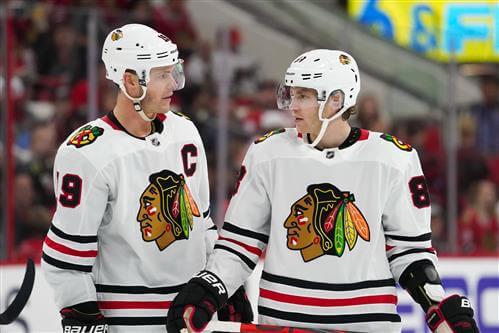 Brooks wondered how long it'll take before Kane and Toews surface in the rumor mill before the March 21 trade deadline. The duo is signed through 2022-23 with identical $10.5 million salary-cap hits and full no-movement clauses.

It seems premature, even absurd to pose that question. The Blackhawks have plenty of time to turn things around this season and there's no reason to assume they'd move their two franchise players.