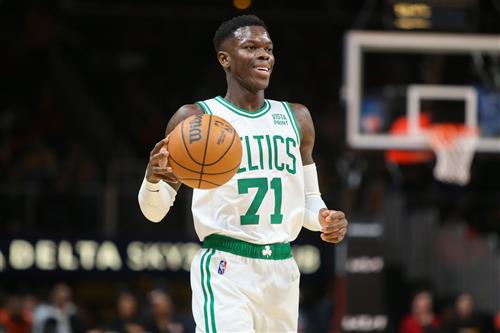 The Boston Celtics got arguably the biggest steal in NBA free agency when they landed point guard Dennis Schroder using only part of their mid-level exception. Schroder agreed to a one-year, $5.9 million deal, which is a far cry from what he was looking for.

During the season, Schroder reportedly turned down an extension from the Lakers which would have paid him north of $80 million over four years. He thought he could land a bigger deal as a free agent but badly misjudged his market.

With money flying around and sign-and-trade deals getting done, the point guard market quickly dried up. It left Schroder on the outside looking in and he had to settle for that one-year deal with the Celtics.

You won’t find much better value around the NBA in terms of a player’s contract and production that isn’t on a rookie deal. Schroder is averaging 17.1 points, 4.9 assists, 4.0 rebounds and one steal in 33.3 minutes per game. He is an integral part of Boston’s rotation, but could the Celtics look to trade him at some point?