Could A Davante Adams Trade Be Possible In 2022?
Sportsnaut | May 21 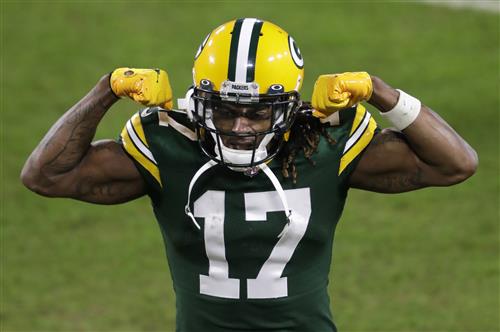 The Green Bay Packers are already dealing with trade rumors surrounding Aaron Rodgers, hanging a dark cloud over the franchise as it prepares for the 2021 NFL season. Now, with Rodgers’ future in Green Bay increasingly uncertain, Davante Adams could be next.

While everyone knew Rodgers wasn’t happy in Green Bay, it came as a surprise for many fans to learn that he wanted a trade. Never in NFL history as a reigning NFL MVP been moved the following offseason, but the 37-year-old quarterback isn’t happy with general manager Brian Gutekunst and believes there are better opportunities to compete for a Super Bowl elsewhere.

The Packers remain hopeful a resolution can be reached, with a new contract and promises for a win-now approach could convince Rodgers to stay with the franchise. But many around the NFL believe the damage is done and he’ll never suit up for Green Bay again. As all of this happens, All-Pro receiver Davante Adams has started contemplating his future.

Adams, who will become a free agent next offseason, has reason to be concerned. He’s become one of the NFL’s best receivers with one quarterback and they have outstanding chemistry. If Rodgers departs, Jordan Love would likely step in and there are concerns about his ability to be an NFL starter.