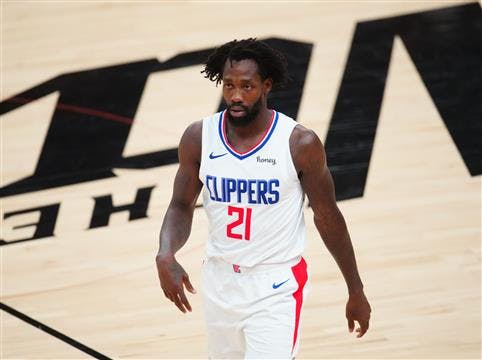 The weekend trade that sent point guard Eric Bledsoe from the Grizzlies to the Clippers for Patrick Beverley and Rajon Rondo could have an impact in the Eastern Conference—specifically, to open an opportunity for the Bulls to make another move, one the franchise has considered before: Bringing Beverley back home to Chicago.

The Bulls, remember, were in the market to sign Beverley back in the summer of 2019, when he was a free agent. Beverley, though, quickly came to an agreement to return to the Clippers on a three-year, $40 million deal and the Bulls never had a chance to make a full pitch to him.

But now Beverley, at age 33, is available again after being sent to Memphis. He is in the final year of his deal, at $14.3 million, and would be an ideal fit for a team seeking veteran toughness and leadership especially in the wake of the departure of Thaddeus Young in the deal that brought Lonzo Ball to the Bulls.

Coach Billy Donovan lamented, at various times this season, his team’s need for toughness. He rejected the notion that he needed Chicago-style toughness—any toughness would do, he said—but Beverley is the kind of player who could bring that to his home team.

“A city like Chicago, where it’s built on toughness and physicality, there’s a real work ethic and a strong work ethic, they want to see that modeled in the team,” Donovan told reporters in February, via the Daily Herald. “But I also say that’s what goes into winning. You have to do that. If I were out coaching, I don’t know, Oregon or Montana, I’d still want my teams to be tough and physical and play hard and play together and share the ball and compete on both ends of the floor, absolutely.”

The Bulls could use restricted free agent forward Lauri Markkanen as a sign-and-trade chip with the Grizzlies. While the price would be high, Beverley’s expiring contract would mean the Bulls would be able to bring back something for Markkanen but would not have to make a long-term and expensive commitment to keep Beverley around.

Beverley was a star at Marshall High on Chicago’s West Side back in the mid-2000s and after two years at Arkansas, played in Europe for three seasons before signing with the Rockets in 2013. He was sent to the Clippers as part of the Chris Paul deal in 2017.