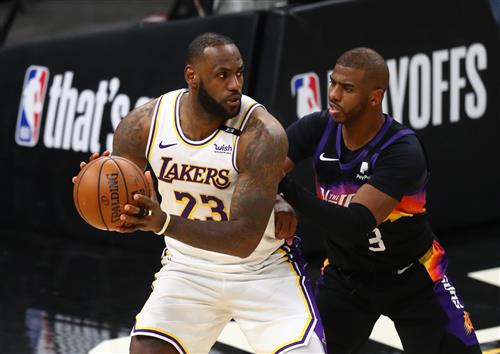 If there’s something strange in your neighborhood after losing in the NBA Finals, who you gonna call? LeBron James.

Or at least according to NBA legend Magic Johnson. After the Phoenix Suns got axed by the Milwaukee Bucks in Game 6 on Tuesday, Magic made a bold suggestion for Chris Paul. He said if the veteran playmaker opts out of his contract, he should definitely make LeBron his “first call” to possibly join the Los Angeles Lakers.

It’s no secret that Paul and LeBron are tight friends. The King even sat courtside in Game 5 to support CP3. They have supported each other’s careers and endeavors outside the NBA.