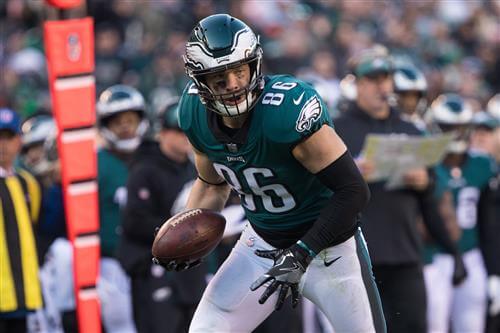 The Eagles can also opt to add a high-end prospect in Florida’s Kyle Pitts at the position with the No. 6 overall pick in the 2021 NFL draft.

As for Ertz, interest should be there, as Rapoport said. Marcel Louis-Jacques of ESPN tweeted that he expected the Buffalo Bills to be in the mix. Eliot Shorr-Parks of 94 WIP posited that the Los Angeles Chargers could be an option, throwing out the idea of L.A. sending wideout Mike Williams in return.

Nate Taylor of The Athletic reported that the defending AFC champion Kansas City Chiefs have shown interest too.