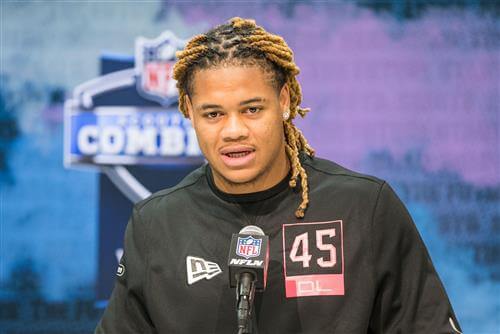 Former Ohio State defensive end Chase Young is fine with mock drafts that have him going No. 2 overall to Washington in next week's 2020 NFL draft.

"It would definitely be an honor to play at home," Young told ABC 7 News' Scott Abraham on Thursday. "Not a lot of people get the opportunity to play for their hometown football team. God willing, He give me the chance to do it, then—like any team I go to—I'm gonna be the best player I can be."

Young is from Maryland and played high school football at DeMatha Catholic High School in Hyattsville, Maryland, before attending Ohio State. DeMatha Catholic is just 15 minutes away from FedEx Field.