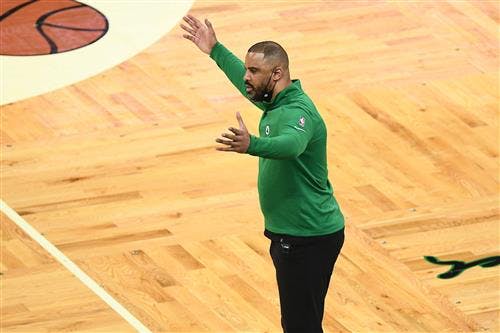 The Celtics won’t prevent Ime Udoka from taking another coaching job during his year off.

According to a report by ESPN that detailed some of an independent law firm’s findings during its investigation of Udoka’s conduct, Adrian Wojnarowski cited sources that said Boston wouldn’t oppose a full split and that some teams are potentially interested. He wrote:

“Sources told ESPN the Celtics won’t stand in Udoka’s way should he have the chance to become a coaching candidate elsewhere. There are teams that have tried to gather a preliminary understanding of the full explanation for Udoka’s suspension in preparation for possibly evaluating him for future coaching employment.”