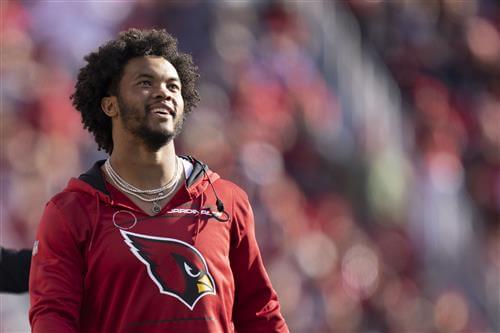 Although the trade rumors have mostly faded away, the situation involving Arizona Cardinals quarterback Kyler Murray remains unsettled heading toward the 2022 NFL season.

ESPN's Jeremy Fowler reported Wednesday that Murray "won't be too eager to play this season" under a contract that's scheduled to pay him $11.4 million in salary and bonuses.

Murray generated headlines in February when he removed references to the Cardinals on social media.

The 2019 NFL Offensive Rookie of the Year downplayed the meaning behind that in March, saying an Instagram scrub was common.

"If you're a kid my age, you're used to like—people take off—that's just a thing," Murray told reporters. "Honestly, like I said, I took everything off of it except for one picture. It had nothing to do with the Cardinals or anything like that."

The pictures of him wearing Cardinals gear have since returned to his Instagram page.