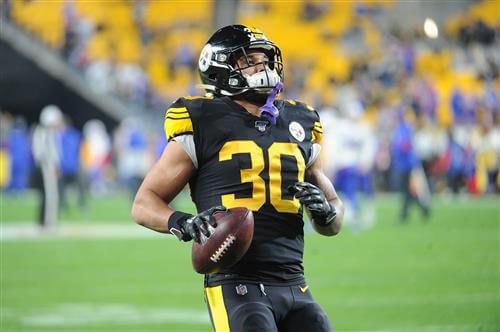 Another hole in the roster has been filled by the Cardinals, as GM Steve Keim attempts to free the team up in the draft to go in whatever direction the talent takes them.

The Cardinals agreed to terms on a one-year contract with veteran running back James Conner Tuesday, providing a potential bigger back to pair with presumed starter Chase Edmonds in the team's offense.

The move wouldn't preclude the Cardinals from drafting a running back. But it does give them the flexibility to not have to choose one out of need.

Conner, 6-foot-1 and 233 pounds, had spent his entire four-year career in Pittsburgh, even reaching a Pro Bowl for the Steelers in 2018. That was his best season, collecting 973 yards and 12 touchdowns rushing and adding 55 catches for 497 yards and another score. Conner's position coach that season was James Saxon, who is the current Cardinals running backs coach.