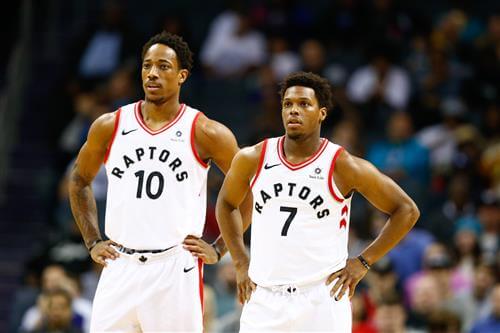 In a pivotal offseason where roster upgrades are a must, the Dallas Mavericks have a plethora of ways they can go about doing that, whether it be through NBA free agency or trades. Only time will tell if the Mavs' reshaped front office regime of Nico Harrison, Michael Finley and Jason Kidd will be able to deliver, but until then, we'll spend the next month examining all the possibilities.

On this episode of our Mavs Step Back Podcast, we began our offseason series called "Upgrading The Mavericks," and San Antonio Spurs forward DeMar DeRozan, who will be an unrestricted free agent, is the first player on our list to explore. Would DeRozan's style of play be a good fit next to Luka Doncic? Does his lack of three-point shooting counteract the other things he brings to the table offensively? Given the sheer talent influx that the Mavs' roster would receive from a DeRozan acquisition, does it really matter if he's a perfect fit or not?

Another offseason scenario that was discussed in a later segment was the idea of a 'Raptors Reunion' by Dallas finding a way to sign both DeRozan and Kyle Lowry. Both of those players were excellent during their time playing together in Toronto. Those Raptors teams just never could get past LeBron James. So what would that same duo look like now playing with the European LeBron James?