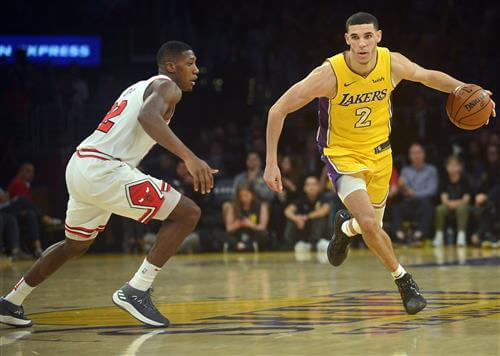 Has Lonzo Ball seen his last days as a Laker? Despite his absence having a profound impact on the team’s performance this season, that has become a real question as Jeanie Buss and the rest of the front-office prepare for change.

One likely destination if L.A. does decide to make a move with Lonzo is Chicago, a place in which he publicly expressed his desire to play. The proposed deal would send Kris Dunn and a 2019 first-round pick to the Lakers.

“This deal is essentially a clean swap between point guards and first round picks. The Lakers are currently slotted at 10th best odds for the first overall pick, while Chicago is at fourth best odds. In this deal, Los Angeles can move up six spots (if the lottery odds stay the same) and shed around $3 million in salary by replacing Ball with Dunn. At this spot, the team can look to take a starting shooting guard, such as Texas Tech’s Jarrett Culver, or even move the pick for another star player to put next to LeBron James.”