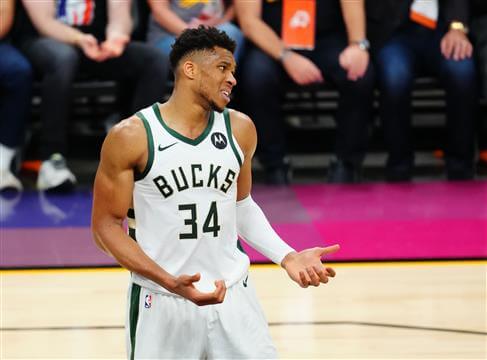 Milwaukee Bucks forward and two-time MVP Giannis Antetokounmpo is a generational talent. He has been praised by the whole NBA community as a superstar player and a future Hall-of-Famer, even though he is only 26.

Two years after James Harden made some comments about Antetokounmpo, the Bucks star finally addressed the comments, speaking to Greek COSMOTE TV. As Eurohoops reported, this is what he had to say.

“First of all, Harden never mentioned my name. I have seen this video, about one year later. I think what he meant was that if he was also a 7footer, jumped and dunk, it would have been easier for him. I think that the media made it about me. Harden is a great player and when I am on the court against him I have to play real hard. He is a Hall of Famer, I have nothing against him.”