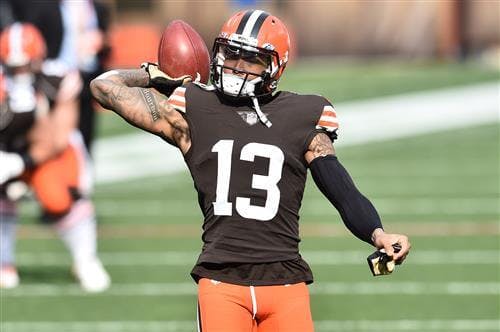 According to NFL Network’s Mike Garafolo, the Browns won’t “hang up the phone” if a team comes calling about Odell Beckham Jr.

With Odell coming off a torn ACL and not having nowhere near the production in Cleveland that he had in New York, his trade value is nowhere near where is used to be. The 28-year-old is set to carry a cap hit of $15.75 million in 2021, with nearly $12.8 million of it guaranteed or injury. As Garafolo pointed out, “right now, he’s injured.”

He only had 23 catches for 319 yards and 3 touchdowns in seven games before he got injured. The