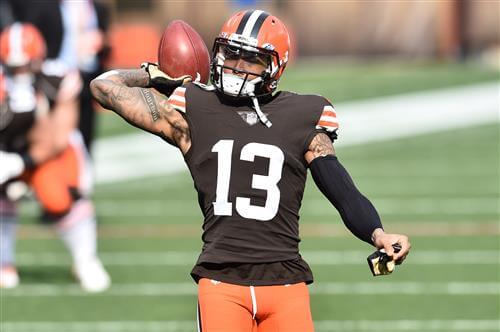 The Cleveland Browns insist that Odell Beckham Jr. is in their plans for 2021, but that may not be true if someone is willing to take him off their hands.

In a recent appearance on 92.3 The Fan’s “The Barber Shop,” Cleveland.com’s Mary Kay Cabot suggested that while the Browns aren’t shopping Beckham, they would likely be willing to listen if someone called with an enticing trade offer.

“I don’t think that there will be a trade partner for him out there,” Cabot said. “I think he’s going to be on the team this season.