Browns, Panthers Were Not Close On Baker Mayfield Trade
Pro Football Rumors | May 5 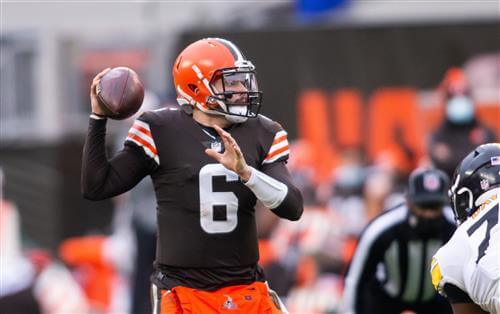 Although the Panthers may circle back to Baker Mayfield, the disgruntled quarterback’s path out of Cleveland in a trade narrowed last week when the Browns and Panthers could not agree on terms. Carolina traded into Round 3 for Matt Corral, diminishing its interest in taking on part of Mayfield’s fifth-year option salary.

As previously noted, the terms of Mayfield’s $18.9MM 2022 option led to the Browns-Panthers trade talks fizzling. Carolina wanted Cleveland to pick up most of that fully guaranteed salary, according to ESPN.com’s Jake Trotter, who adds the trade talks that concluded Friday did not come especially close to producing a deal.