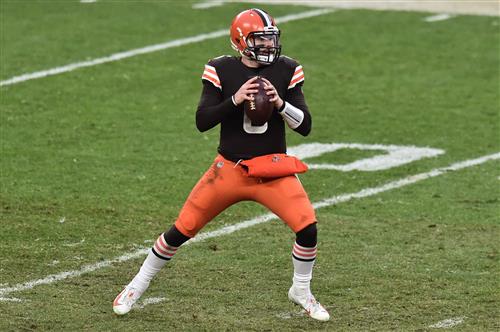 The Cleveland Browns entered a different stratosphere with last season's run to the playoffs and near-upset of the then-defending Super Bowl champion Kansas City Chiefs.

Still, the once-embattled franchise should be considered a legitimate title contender. And to maximize its burgeoning championship window, Cleveland has to lock up its core.

On Friday, the Browns exercised the fifth-year options for quarterback Baker Mayfield and cornerback Denzel Ward, whom the team selected first and fourth, respectively, in the 2018 class.

"Both of those players have really done a nice job for us over the first three years," Cleveland general manager Andrew Berry told reporterswhile confirming the news. "We view both of those guys as young players who continue to ascend."

That view points to why Cleveland should get extensions done soon for the pair. The longer the team waits, the more expensive both are likely to become.

In April 2020, the Browns picked up defensive end and perennial NFL Defensive Player of the Year candidate Myles Garrett's fifth-year option. Three months later, they signed the 2017 No. 1 overall pick to a five-year, $125 million extension.

According to Cleveland.com's Mary Kay Cabot, Berry has yet to begin extension conversations with Mayfield and Ward. But the team's handling of Garrett provides a possible timetable.