Browns agree with Austin Hooper on a FA deal that will make him the highest paid tight end in the NFL
Cleveland.com | Mar 16 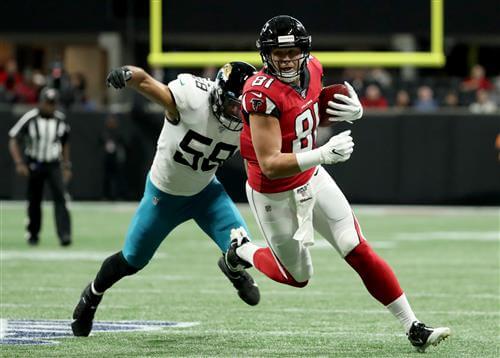 The Browns have agreed in parameters on a free agent deal with Falcons two-time Pro Bowl tight end Austin Hooper that will make him the highest paid tight end in the NFL, NFL Network reported on Monday.

Cleveland.com reported just before the negotiating window opened at noon that the Browns were targeting Hooper, 25. About 45 minutes into the period, the news broke.

The Browns can make the deal official when the league year officially opens Wednesday at 4 p.m. ESPN.com’s Vaughn McClure said early word was that it was a four-year deal worth $44 million.

Hooper, who had considerable interest from the Packers, Redskins and other teams, told ESPN’s Adam Schefter "I’m definitely leaning Cleveland. Unless something comes up unexpected, then no question Cleveland is the leader.''

Hooper also had some interest in rejoining former Falcons assistant Matt LaFleur in Green Bay and has praised quarterback Aaron Rodgers. But in the end, he opted for Cleveland and the chance to play with Baker Mayfield and for Browns coach Kevin Stefanski, who plays a lot of two-tight end sets, or "12 personnel.''