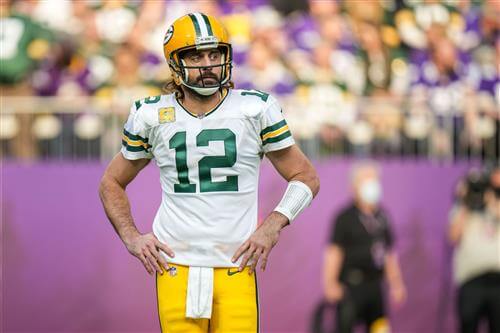 With the Denver Broncos sitting at 5-5 heading into the bye, exasperation reigned among the fanbase.

Though the feel-good factor is back at Englewood with news that would warm even the coldest of hearts. Fan-favorite wideouts Courtland Sutton and Tim Patrick both signed long-term extensions this week, universally lifting the spirits of Broncos Country.

Broncos’ General Manager George Paton was also thrilled to have tied up two of his team’s best performers through 10 weeks of football. It is a significant statement from Paton, who is now well and truly putting his own stamp on a franchise in transition. With Jerry Jeudy, Sutton and Patrick now locked in for the long haul, some have suggested Paton is setting the table for a top-tier quarterback to seat themselves at Mile High.

Green Bay quarterback Aaron Rodgers and Seattle signal-caller Russell Wilson would undoubtedly propel the Broncos toward contention, though Paton shut down any suggestion of the deals implying they were preparing to jump into the quarterback market.