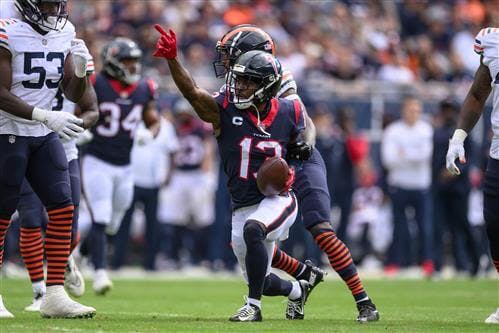 The Houston Texans have received multiple calls regarding the availability of wide receiver Brandin Cooks, according to NFL Network's Ian Rapoport.

Cooks has had a quiet start to his third campaign with the Texans. The nine-year veteran has recorded 24 receptions for 235 yards and one touchdown through five games.