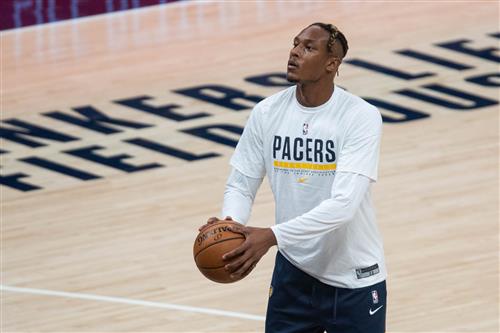 It may seem like we'll have to satisfy our NBA transaction fix by wondering about Blake Griffin and Andre Drummond buyouts (which...meh). But if this season has demonstrated anything, it's that we never really know when a big move is coming.

James Harden is on the Brooklyn Nets, for crying out loud. Do you really think that's where this season's earth-shaking moves will end?

The criteria here are simple. These trades have to work under cap rules, be at least remotely plausible and satisfy the blockbuster description. That means big names with landscape-altering potential switching teams.

All these guys have been the subject of rumors, but we don't need to tie these deals to a report. These are mostly speculative, which is the fun stuff we're all here for, right?

Bradley Beal to the Dubs

The Warriors don't seem likely to throw their top two trade assets—Wiseman and the Wolves' pick—into a win-now move. Head coach Steve Kerr was explaining his decision to remove Wiseman from the starting unit when he gave the following quote to the Athletic's Tim Kawakami, but it also applies to what seems like an organization-wide plan to stay as competitive as possible right now (so as not to waste Stephen Curry's prime) while still setting themselves up for the future:

"And the understanding from the very beginning has been, let's try to do both, why not? Let's try to be a playoff team, let's try to be as competitive as possible, and let's develop James because he's talented enough for us to do both. The trick is, you kind of have to thread the needle a little bit and you have to pick your spots."

The Warriors would remove the "have it both ways" option by giving up so much for Beal. But they would also get Bradley Freaking Beal, easily the best wing on the market and a player young enough (27) to give the team a boost now without foreclosing on some future glory years.

Imagine a 2021-22 closing group that includes Curry, Beal, Klay Thompson, Kelly Oubre Jr. (re-signed in this hypothetical) and Draymond Green. That's a scary bunch that could compete with anyone.

The Wizards' side of this is also complicated.

Per The Ringer's Kevin O'Connor: "Unless something changes between now and the deadline, Bradley Beal won't be available. All indications are that he and the Wizards front office will wait until the offseason to sort out their future."

Well, would the Dubs putting Wiseman and that blue-chip pick on the table count as something changing? It sure seems like it.

This would give the Wizards a way forward, allowing them to rebuild around Wiseman and another potential superstar in a loaded 2021 draft. And if the Wolves keep their top-three-protected selection, it becomes unprotected and potentially even more valuable in 2022. If anything, Washington might insist on Golden State building a package around Oubre's expiring deal and filler rather than taking on Wiggins' money.

Either way, the Warriors have the ability to make Washington a compelling offer.

And finally, since we're focusing on this particular deadline (and, by extension, this season), the jolt Beal could put into Golden State's offense would be massive. Curry is playing at an MVP level despite every opponent's scouting report basically saying "let anyone but this guy shoot." Imagine what he could do with the freedom Beal's presence would provide.

This amounts to the Pacers dealing Turner at what might be the peak of his value—painful, but perhaps the shrewdest move. Indy's big man leads the league in shot-blocking and should wind up among the top handful of candidates for Defensive Player of the Year if he keeps this up.