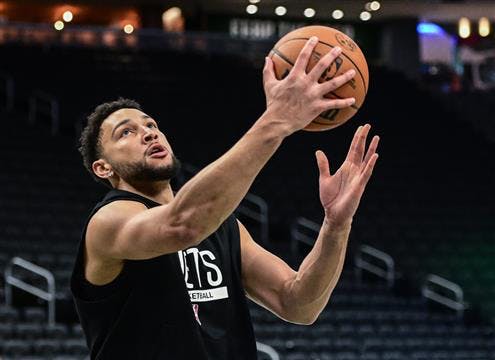 Ben Simmons was the man making the headlines for the Brooklyn Nets at the start of the 2022-23 season for fouling out twice. And over the course of the period where there was enough flak for the guard, he also retorted back in equal measure.

Now, all the spotlight is on Kyrie Irving, who after promoting an antisemitic film on Twitter caused enough furor, has since been suspended and has issued an apology. But, Simmons is still one of the names who can instantly generate headlines.

The Aussie star, in an in-depth interview with The Sydney Morning Herald during the September Fashion Week, opened up about the tumultuous times after his controversy with his old team, the Philadelphia 76ers. Here are some of his excerpts from the exclusive:

“I had a terrible year,” Simmons says, flatly, “so I know how to handle my emotions and what I need to be doing to get on track. If I’m worried or sad or frustrated or angry, I feel like I’m better able to deal with that now. It took time, but I’m at peace with who I am and what’s going on around me. I know what my priorities are, and what I need to do every day. Besides that, I just want to be me.”

He further took a shot at the critics who have been vocal about what was dubbed 'The Ben Simmons Saga'.