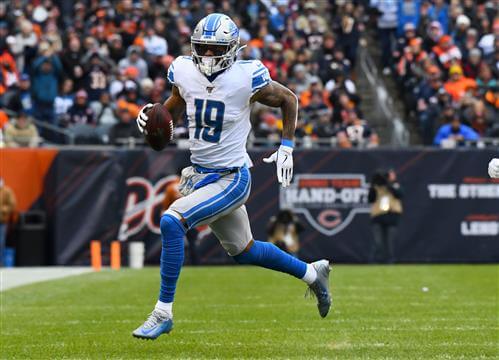 One of the biggest available names in free agency this offseason is still combing through his options, and now the Baltimore Ravens might be in the mix. Kenny Golladay, the former Detroit Lions wide receiver has already been courted by teams like the Chicago Bears and the New York Giants and now Baltimore has sent out a feeler for the dynamic wide receiver, according to ESPN’s Adam Schefter.

While Baltimore’s offense is heavily predicated on the run, at least a part of that might be because they haven’t had a true number one wide receiver for Lamar Jackson. Marquise “Hollywood” Brown has been really good, but 58 catches for 769 yards in 16 games played as he had in 2020 doesn’t exactly scream number one wideout production.