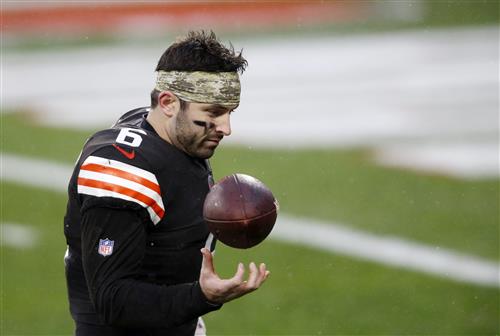 Cleveland Browns’ star Baker Mayfield joins other quarterbacks in that of Josh Allen and Lamar Jackson from the 2018 NFL Draft class eligible for an extension this offseason.

It was previously noted that the former Heisman winner at Oklahoma was not in a rush to sign said extension. Common sense also seemed to dictate that the Browns might want to see more out of him in 2021 before committing long-term to the signal caller. After all, Mayfield struggled through his first two NFL seasons before breaking out big time during the 2020 campaign.

According to ESPN’s Jeremy Fowler (h/t Bleacher Report), there’s some around the NFL who believe Baker Mayfield will ink his extension before the aforementioned Allen or Jackson. There’s a pretty simple premise behind this belief.

“So some people around the league believe this could get done the soonest because Lamar Jackson and Josh Allen are mostly top-five-to-seven quarterbacks. They’re considered high-end guys, where Baker is still working his way into that. Maybe a bit of a different market could be easier to get done.

Indeed. Mayfield has not been anywhere near the same caliber quarterback as Jackson or Allen over the course of his first three seasons. The stats speak to this.